Challenge and Change the World for the Better
2021年3月24日 配信
転職者インタビュー : 株式会社ファーストリテイリング

Challenge and Change the World for the Better

Fast Retailing, known for its fashion retailing brands such as UNIQLO and GU is actively promoting digitalization. Engineers from diverse backgrounds are involved in the development of e-commerce and apps. We interviewed the leader of Fast Retailing’s app development.

What were your previous jobs and why did you think about changing jobs?

I started my own company in my home country, Germany, and worked mainly as an Android development engineer.

After getting a bachelor's degree from university, I started a company that provided Android development services to large corporations. From 2011 to 2018, I was developing as an engineer myself, with clients in Germany including major automobile manufacturers and media companies.

In 2016, I married a Japanese woman and moved to Japan. In the beginning, I ran my company from Japan, but I found it difficult to operate an overseas business, including the issue of time difference. Thus, I decided to change jobs in Japan.

Why did you apply for Fast Retailing and why did you decide to join the company?

When I was looking for a job in Japan, I was informed by an agent about Fast Retailing. I didn't know the company name, but I was well aware of the UNIQLO brand.

I like clothes and I love UNIQLO. In 2014, I went to a UNIQLO store in Japan with my wife. I became a fan because I could buy high quality clothes at a low price. When shopping in Japan, I often went to the store.

That's why I was interested in a job at Fast Retailing as a technical lead for Android, the position in charge of the UNIQLO app. This was a new project that also dealt with technical designs, such as system architecture and library utilization. I felt that it was a dream job for engineers.

I found it appealing to be able to leverage my Android development experience to provide good service to many customers while building my own team as a manager. I also felt that the mission and vision of the company were exciting. Therefore, I decided to join the company.

What is your job after joining Fast Retailing?

I was assigned to the newly established Android development team where I developed UNIQLO apps in collaboration with partner companies. I set the standards for technical performance, designed the architecture for good cost, efficiency, and long-term maintainability, and was also in charge of code review.

I am now the manager of both teams, including iOS development. I have a wide range of responsibilities, including staffing and training teams and communicating with management and product managers. Empowering my team members and creating the next leader is also an important task.

I was also involved in a major project to renovate an e-commerce platform system. It was a project that had a huge impact on UNIQLO's business around the world, and it was extremely difficult and risky. If the system went down, the staff working in the stores would be affected. We carried out the project, recognizing its importance. I was extremely relieved to be able to release it safely.

We are also leading the development of global apps in the project. We developed a new mobile app and released it in Canada. Since then, we have expanded into five Asian markets. In Japan, we renewed the app in July 2020 to make it a product that will make our customers even happier.

What are the characteristics of the Fast Retailing organization?

I belong to a core engineering division within the IT department and my team has 10 members. It is a large engineering group, including partner companies that develops UNIQLO's e-commerce platform.

My team is responsible for both Android and iOS mobile apps. Another team is responsible for the web frontend. There are also some members who manage the backend. When a customer buys something on an app or website, we need to track money transactions. The backend team handles it. They are separate teams, but they also need to communicate frequently with each other.

Communication in English is common in IT technology departments. On the other hand, conversations with the business team can be in Japanese and have different cultures.

What I think is different from my previous job is the scope of responsibility. If you work as an outside consultant, the contract will end when you make and deliver the product. In my current position I am in charge of both product development and subsequent improvements. It needs to be a good product on an ongoing basis, and maintaining quality is my important task.

What is the appeal of working at Fast Retailing?

It is full of challenging opportunities to improve society. There are many difficult projects, and I sometimes feel pressure, but in retrospect, I often feel great growth in a short period of time. There have been many challenging situations since I joined the company, but I'm enjoying it.

I feel that the way I work is more flexible than other companies in Japan. We have a flextime system. We could work from home two days a week even before the pandemic. So you have plenty of time to pursue your own interests.

Message to those who are considering changing jobs to Fast Retailing

I recommend choosing a career analytically rather than emotionally. Define what you want to achieve in your life and analyze the company environment and requirements.

In my case, it is very important that my work has a positive impact on society. Fast Retailing has a corporate statement of "Changing clothes, Changing conventional wisdom, Change the world". This is the biggest motivation for me to work at Fast Retailing.

If it fits your life goals, I encourage you to take on the challenge. 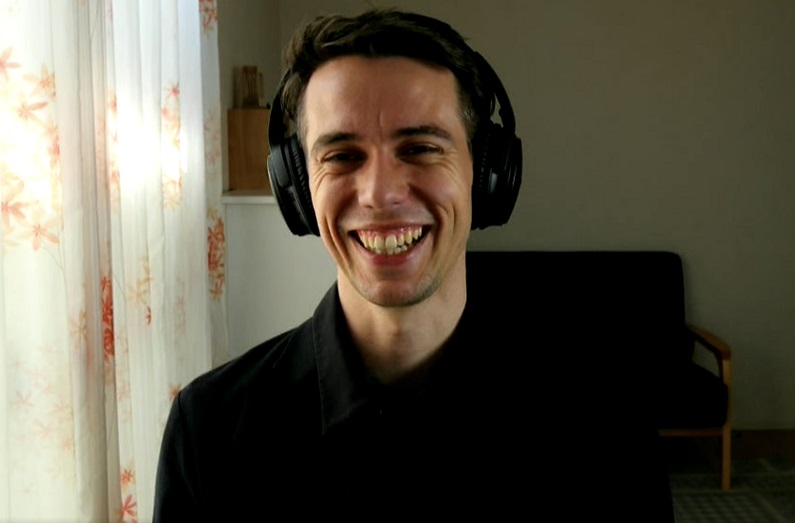